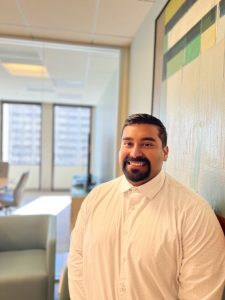 We are pleased to announce Devereaux, Kuhner & Co.’s new Associate Accountant, Leonardo Rodriguez. He grew up in the San Diego area and goes back often to visit family. He graduated from San Francisco State University with a Bachelor’s degree in Accounting. Leo became drawn to accounting in high school as he has an interest in math and numbers. Before entering college, he had already planned on working in the accounting industry. During his third year of college, Leo focused on the tax aspect of accounting as he became interested in the US tax system. In his free time, Leo enjoys spending time outdoors and walking through San Francisco, primarily Fisherman’s Wharf and around the Golden Gate Bridge. He also likes playing video games and hanging out with his friends.

We are a proud member of IAG, a global association of lawyers, accountants, and tax advisors.